Register for our Next Live Workshop!

Is Committed To The Health And Wellbeing Of Our Community 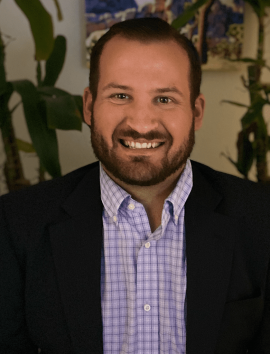 Hello! My name is Dr. Kevin!

In 2014 I obtained my B.S. in Kinesiolugy from Cal State University of Fullerton. It was in my last year where I had an “ah ha” moment and realized Physical Therapy was not what I wanted or needed to do in my life. This is when I was introduced to Chiropractic and my life changed forever. The ability to help people get well with the power of the body was what brought me in. I then applied to Life Chiropractic College West and began my journey a few months later.

In 2017, I grSection 111aduated from LCCW and moved back to Orange County where I worked in an office for about 5 months and then ventured out on my own. I ran my own practice for a little more than a year.

In 2019 I attended AutismOne in Chicago and my life changed forever, once again. I met some amazing people and got more aquatinted with Dr. Steve. I also met Dr. Amy Spolstra who introcided me into her FOCUS program. I have attended both of her seminars and have been certified by Dr. Amy as a FOCUS Academy Member. This program gave me extensive knowledge in the neurodevelopmental disorder realm.

Why San Diego? The decision to move to San Diego was contingent on the amazing opportunity to work with Dr. Steve. When I first graduated, I met Dr. Steve as I came to observe his office after I was introduced to him by the dean of my clinic at LCCW. When I came down, I saw so much love and passion for a population that is so near and dear to my heart. I even worked in an Autism Specifc classroom as an instructional assistant for about a year. My love for this population grew even more. I wanted to help these kids in more than the classroom setting.

I also have an adopted brother who has had his own challenges and I was there for all of them. There were good days and there were bad days. But once I was in Chiropractic college, I was able to adjust him. This had an outstanding affect on him. So much so that my parents asked me what I did to him because, “he is being much nicer to us and is not giving us attitude when we ask him to do things.”

I am very excited be here at the Center for Health & Human Potential.